Ortho-Bionomy became a part of my life in the early 1990’s.  I noticed immediately how easily it influenced my structure and relaxed my state of mind.   Ortho-Bionomy was different from the other light touch or energetic approaches I had previously experienced.   It was structural work and one session improved my posture tremendously.  At the same time, I felt a sense of well being that I couldn’t explain.  Ortho-Bionomy is rooted in Osteopathy.  Influenced by the Martial Arts, it is Homeopathic in nature.  In this regard, Ortho-Bionomy has a point of view that is very different.  Initiating response from the inside out, Ortho-Bionomy is its own, holistic point of view.

Ortho-Bionomy was developed by British trained Osteopath Dr. Arthur Lincoln Pauls in the early 1970’s, it is taught and practiced in the U.S., Canada, Europe, Australia and New Zealand.  Dr. Pauls was in his Osteopathic training when he came upon the paper written by American Osteopath, Dr. Lawrence Jones titled “Spontaneous Release by Positioning”   This paper described a method of moving the body into positions that created functional corrections in the structure.  It was this paper that spurred the ongoing development of the work eventually to be called Ortho-Bionomy.  Arthur Pauls was a seeker.  Through his life, he pursued a concept of working with and through the structure to establish postural alignment.  His understanding of posture as an element of expression took his work to another dimension.

Dr. Pauls was deeply immersed in the world of Judo when he entered his Osteopathic training.  In Judo all things are governed by a set of principles. In his effort to create something pure, Arthur developed his work using the same principles. As a Judo Instructor – 1st Dan black belt –Arthur had developed an inherent understanding of movement, balance and energetic relationships with the self, with others and with the environment.   His work incorporates these concepts from Judo.

This energetic approach to working with another creates a different dynamic in the relationship of Therapist/Client. In this method, how you maintain yourself and your own sense of self, sense of balance and grounding, affects the outcome of the session.  Instead of working on a person, in Ortho-Bionomy we focus on working with a person.  We sense the energy shifts in our clients, but also in ourselves. We move the body in the direction of ease, while we look for sign or signal that indicates a natural reflexive response.  Using little force or energy opens the door to an interactive, not always verbal dialogue between the practitioner and the client.

Ortho-Bionomy is also Homeopathic in nature.  To me, this means we are trying to awaken a person’s own ability to heal from within.  Our effort is not to necessarily put things in place, but to have an affect on the organism much as a homeopathic remedy might do. A self-corrective impulse is able to be accessed and initiated with this work.

Homeopathic Principles are inherent in Ortho-Bionomy.

The nature of this work is observant, reflexive and responsive.  A homeopathic approach requires us to learn that doing too much may interrupt a natural healing process.

Ortho-Bionomy is a well-rounded approach to pain relief. It embraces a view of working with a person that is holistic and that attends to structural imbalances and yet is beyond structure.  Ortho-Bionomy is rooted in concepts that allow us to include the idea that how we express ourselves as humans participate in how we feel, physically, mentally, emotionally and energetically.  Ortho-Bionomy facilitates a process that helps us to let go of pain and discomfort as well as the dysfunctional patterns that are perpetuating factors. Being holistic is not a stagnant concept; it embraces the idea of moving forward through letting go of a part of ourselves and allowing room for change.

This site uses Akismet to reduce spam. Learn how your comment data is processed.

« What is Advanced Lymphatic Therapy™ and Ortho-Bionomy®?
Working with Tuning Forks: It’s a Vibrational Thing! » 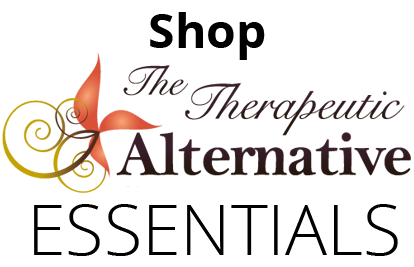